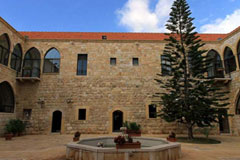 No matter where he is, an Antonine monk always remembers his mission: to constantly remind the people that they are on a journey, a pilgrimage towards the Kingdom.

From the already established monasteries that are places for prayer and common fraternal life, the Antonine monks start their journey and embark in their mission, not only in all Lebanese regions, but they also go beyond the borders of the country. 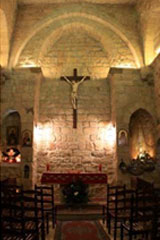 The Saint Antony Monastery was established in 1764

Since the establishment the Antonine monks were open to the needs of the region of Baabda through global pastoral activities thus joining the socio-cultural endeavors to spiritual deeds. And several manifestations illustrate the activities of the monastery: the Antonine College, the Postulate, the School of Music (secondary and high levels).